In 1998, Toyota ceased sales of the Supra in the United States and in 2002 Toyota officially stopped production of the Supra in Japan. As an iconic sports car, the Supra has appeared in numerous video games, movies, music videos and TV shows. Some of the most notable appearances include the Gran Turismo, Need for Speed, and Midnight Club series of video games and the 2001 film, The Fast and the Furious. 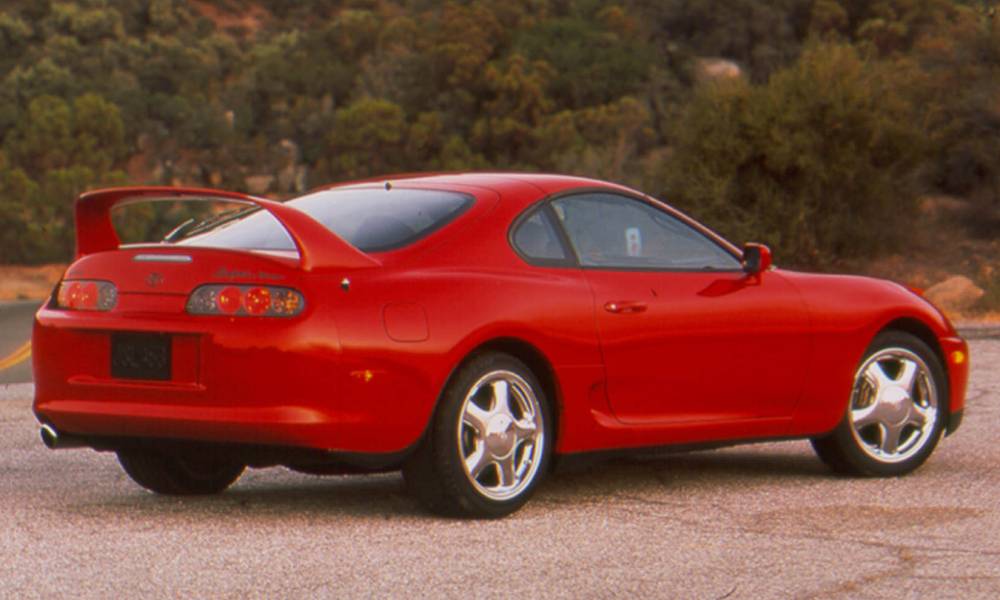 CLICK IMAGE FULL SIZE
The Toyota Supra High Performance 2JZ-GTE, 3.0 Litre DOHC in-line six-cylinder, 24-valve, electronically fuel-injected engine has been favourably compared with the Nissan RB26 from the Skyline GTR. With the similar twin turbocharger configuration but on the opposite side of the engine, it produces an easy 320 hp at 5,600 rpm and 315 lb-ft of torque at 4,000 rpm. 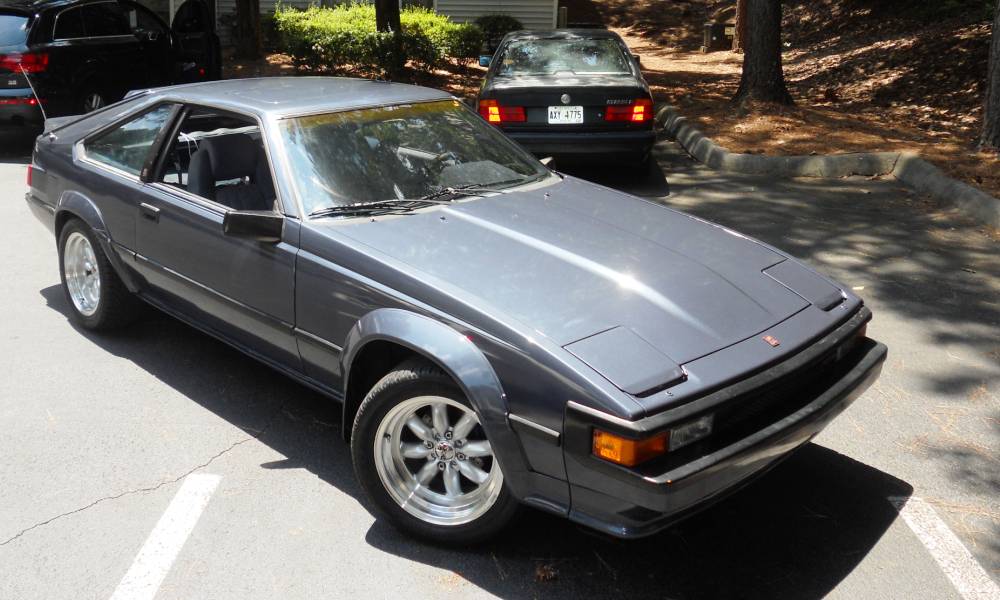 CLICK IMAGE FULL SIZE
The Supra's twin-sequential turbos provide snappy response at low RPM and prodigious output at increased speeds. During low-RPM operation, one turbocharger is optimised for early boost to improve response and torque from a standing start. In the midrange, the second turbo comes on for a smooth transition from the primary to the secondary turbocharger until both turbos operate at full boost. 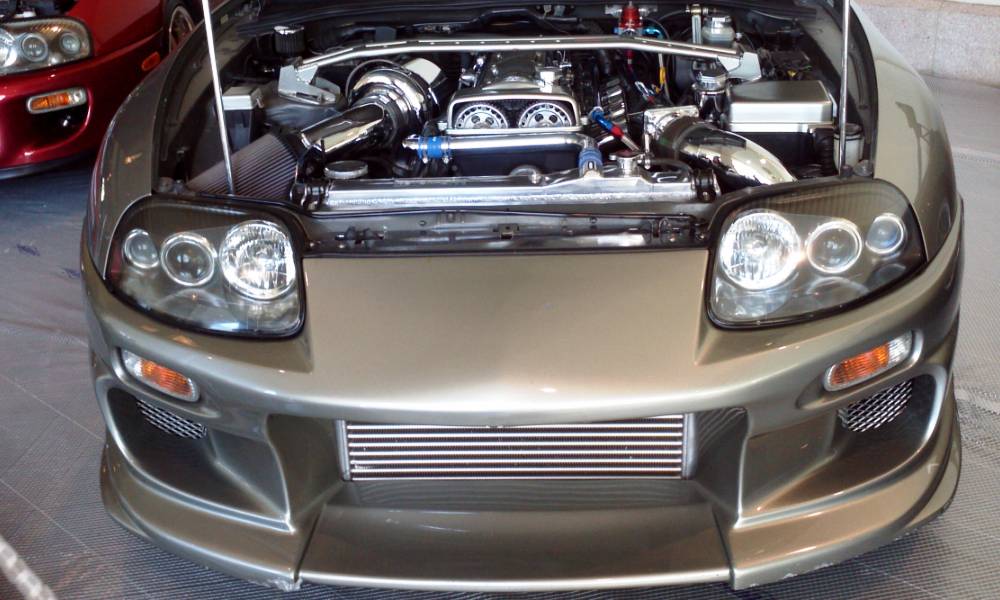 CLICK IMAGE FULL SIZE
Toyota chose to use a serpentine belt-drive system to power engine accessories which are attached directly to the cylinder block instead of to brackets. Aluminum engine mounts also save weight. In 1997, extreme weight reduction measures used hollow carpet fibers and a hollow rear spoiler. The Supra Turbo still weighed in at close to 3500 lbs. The 2JZ-GTE like its smaller capacity cousin the 1JZ has proven to be built to withstand the rigours of high power output without the need to resort to internal aftermarket components unless venturing above the 500hp mark.

PERFORMANCE & TURBO CAR OWNERS !! REGISTER FREE! If you own a TURBO OR High Performance car why not join TurboClub! Online since 1997 with many millions of visitors! This is your chance to join the oldest online global Car Club for FREE! So get in fast with your TurboClub MEMBER# Country ID.

This NEW TurboClubMembers site is for you!

Perfect if you run your own Automobile start-up, product or service. TurboClub.com can showcase your business converting our visits to your income.

As aways, JOIN TurboClub Members for free exclusively from TurboClub.com - If you love Turbos and want to thank me, simply buy me a coffee.